Automuseum Melle. Part one. History of the air cooling.

kilo_november at Automuseum Melle. Part one. History of the air cooling. 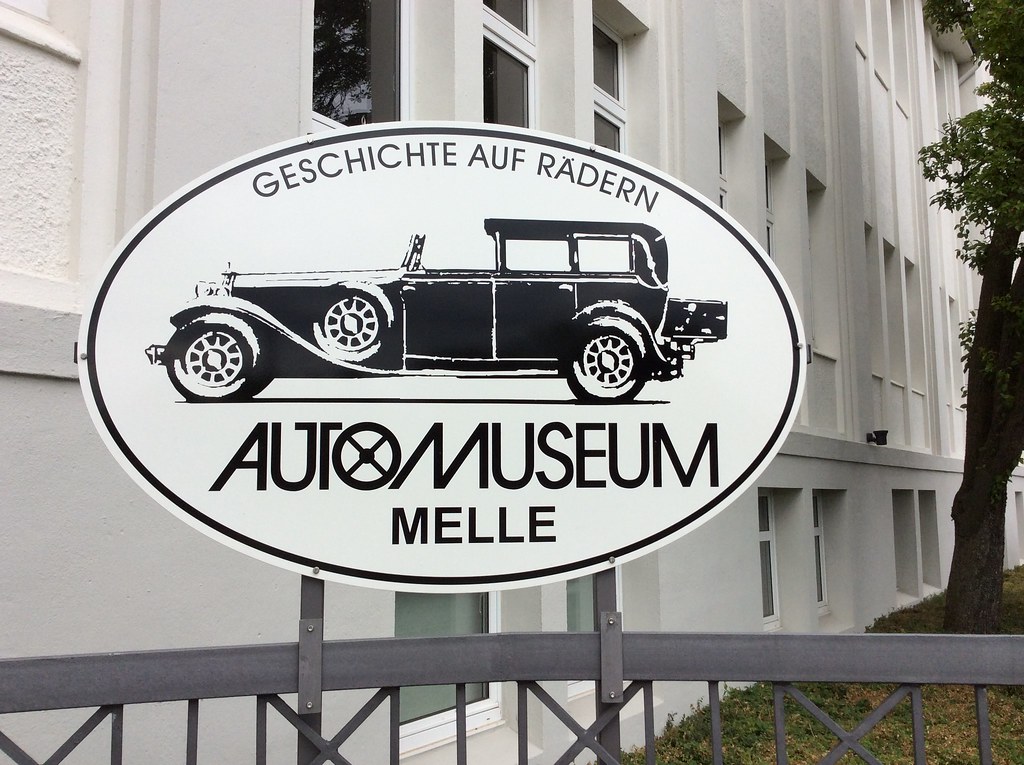 Melle is pretty small German town not different from thousands others and, actually, there cannot be a reason to visit this place unless you are an oldtimer car fan.

Last week, while I was driving a company car on business purpose, I saw a tourist attraction road sign on a freeway showing an old car silhouette. After that I was eagering for visiting the little town and wanted to find out what that museum was.

Since I usually have nothing to do on weekends and Melle isn't far from the city I live, It hasn't been difficult to go there right away on the following Saturday. 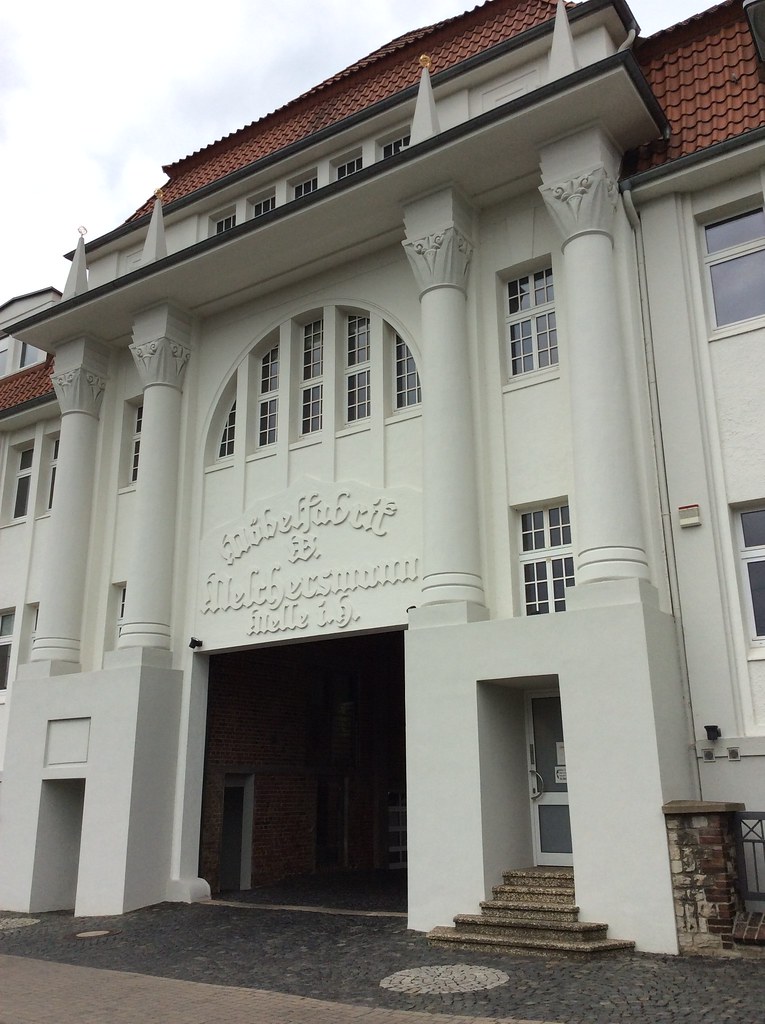 The museum itself also seems to be not very famous. Despite this fact, there are quite a lot of interesting pieces on display. Unbelievably, every car shown and stored is in a working condition and most of them can be rented (for special occasions, like wedding, for example).

Immediately, after you enter the building you see the museum's temporary exhibitions. This time it was dedicated to the air cooled motors and some cars equipped with engines of this type.

Some of them are well known, others are rare or, at least, unusual.

The best sold car like VW Beetle knows everyone: 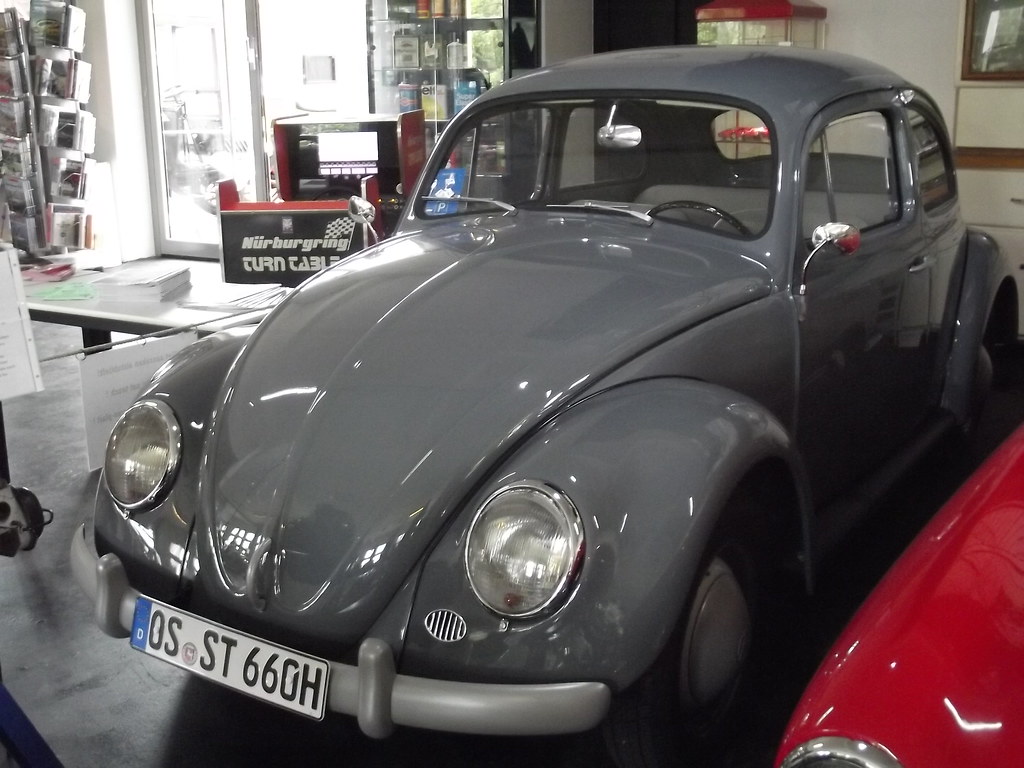 It also had a slightly sporty version in a different body called Karmann Ghia: 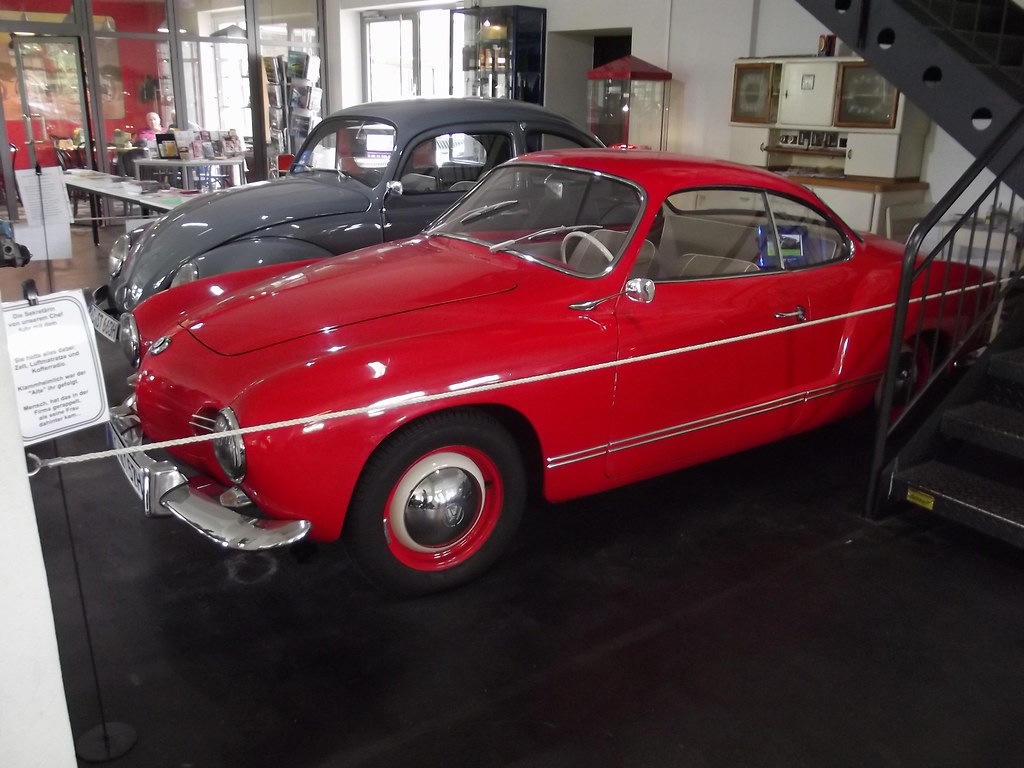 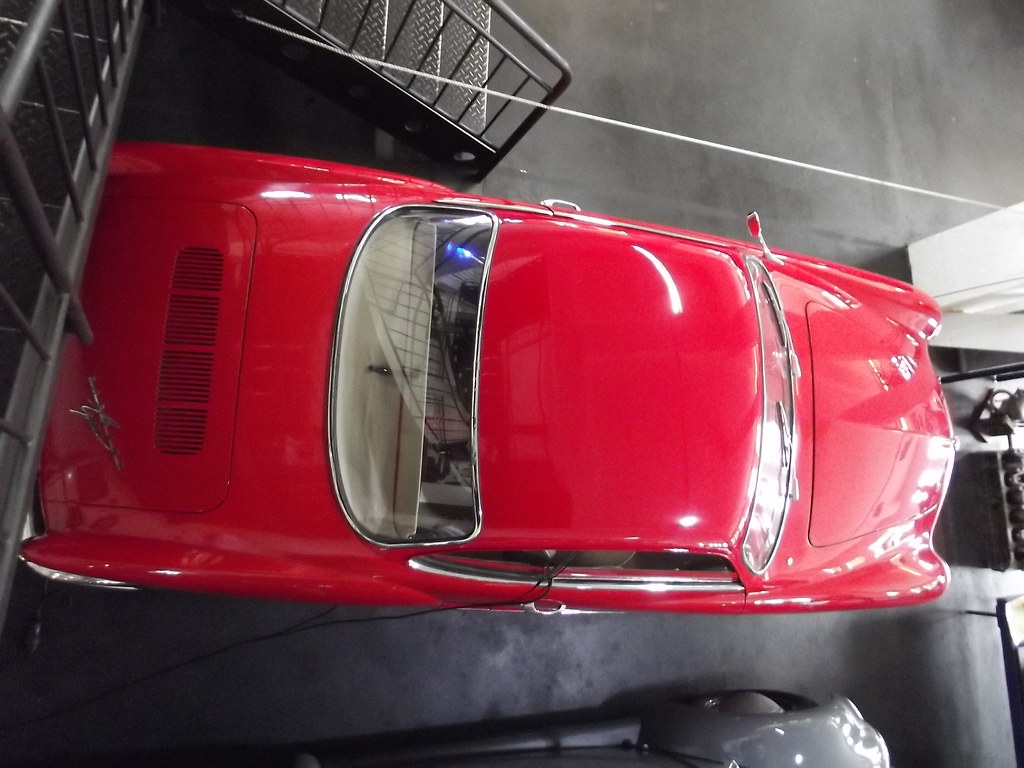 Especially interesting is the fact that back in the day the car has been manufactured about 15 miles away from the place it is displayed nowadays.

Unfortunately there are no independent car works like Karmann in Osnabruck anymore but a regular WV plant instead. 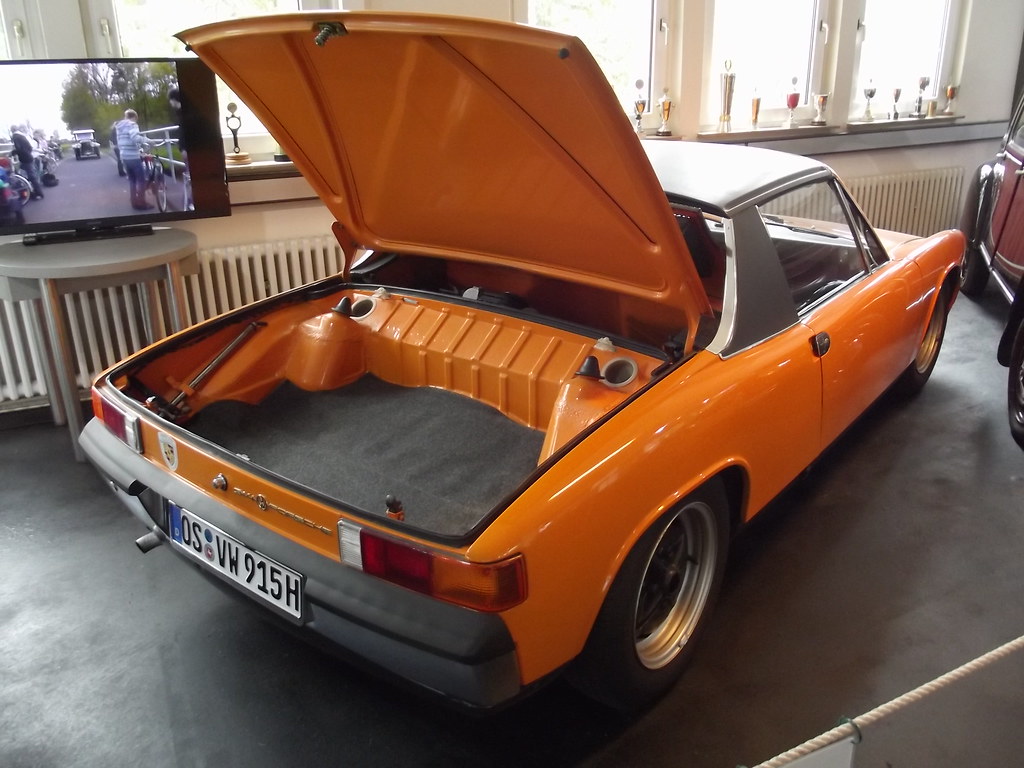 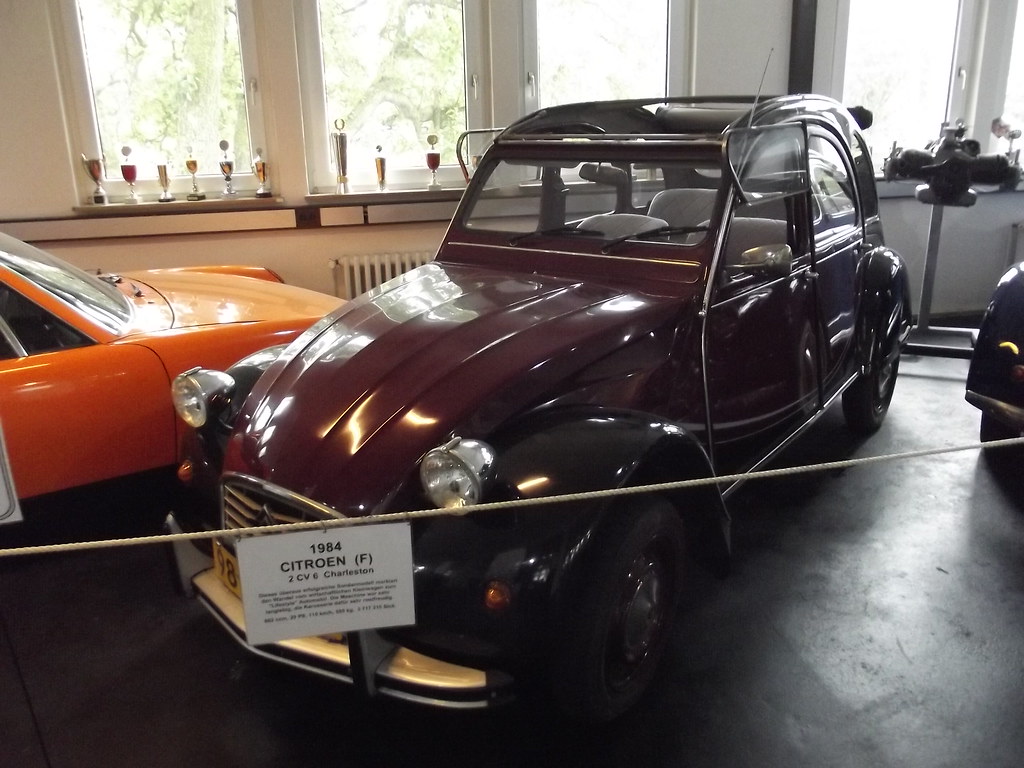 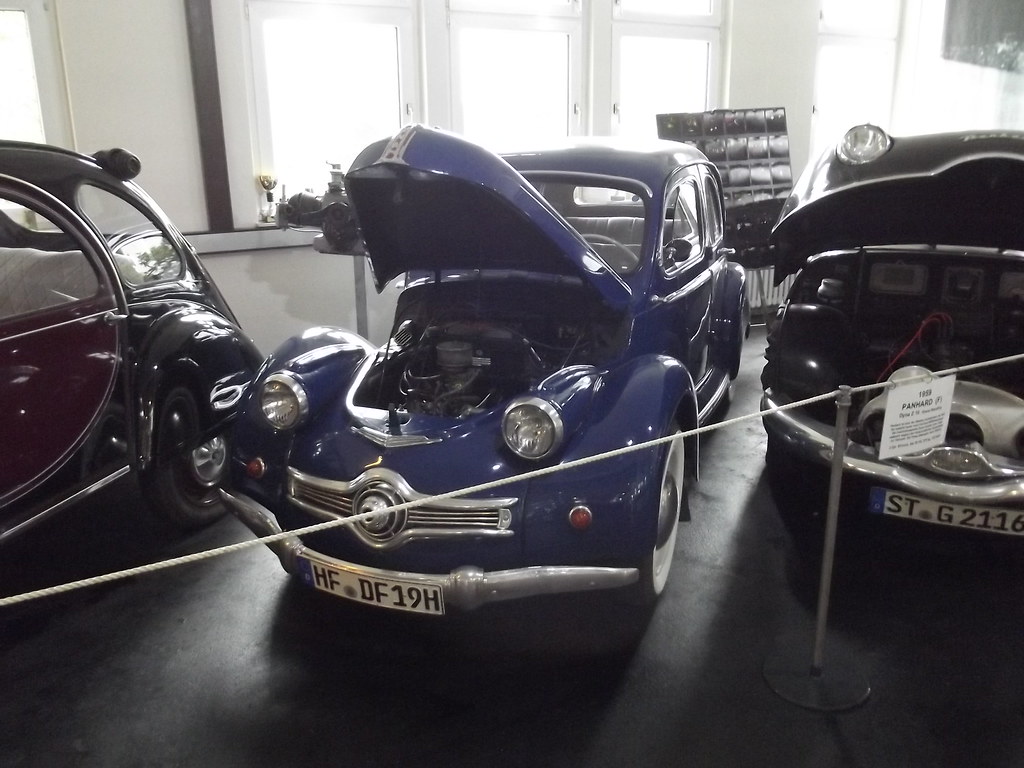 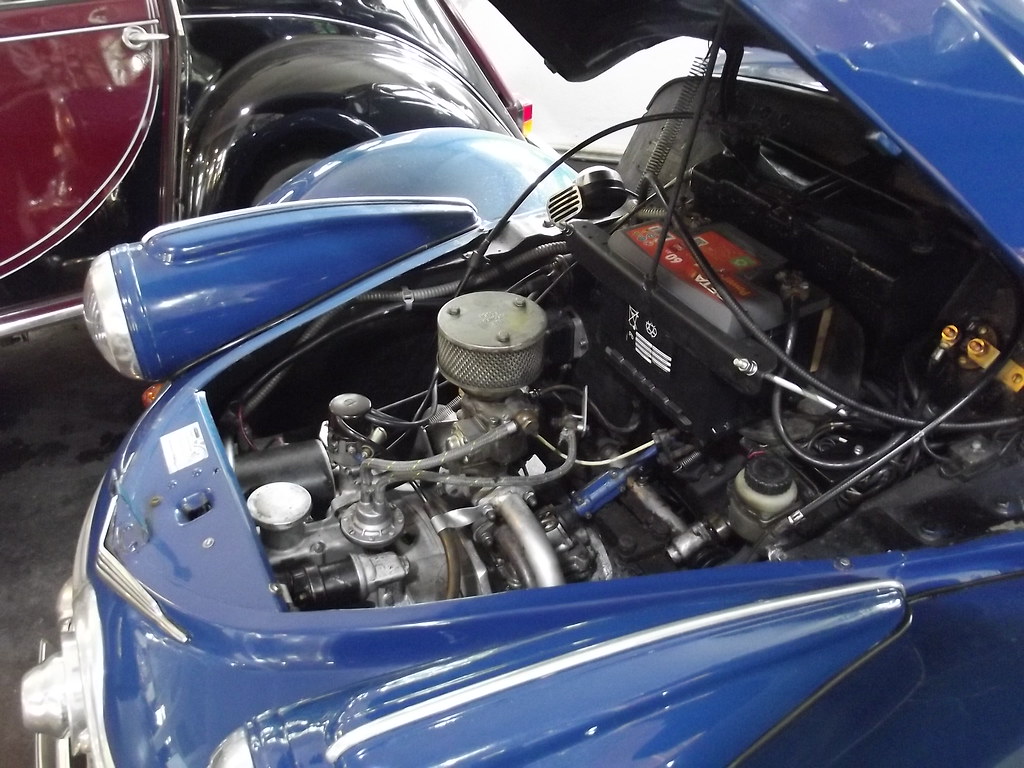 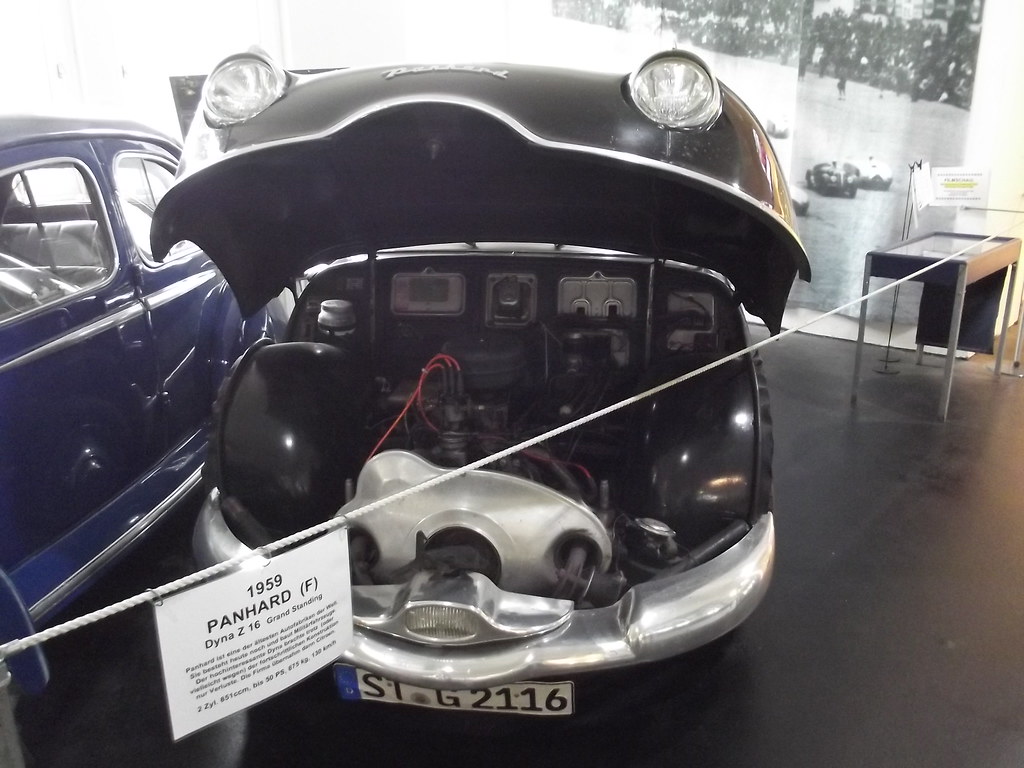 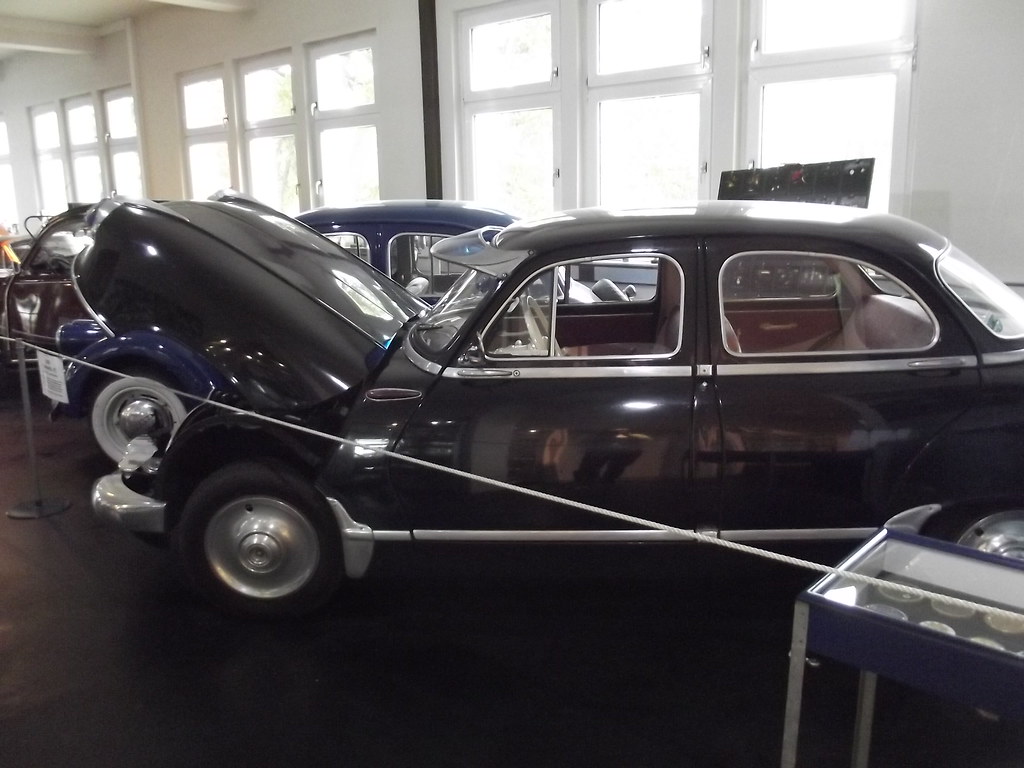 The first of these 2 French compacts, '50 Dyna X, has all aluminium chassis and body.

A Czech made 1936 Tatra 97 had a very outstanding design for the second half of the 1930s. For instance, they installed air cooled motors to every vehicle they produced, including heavy duty trucks. 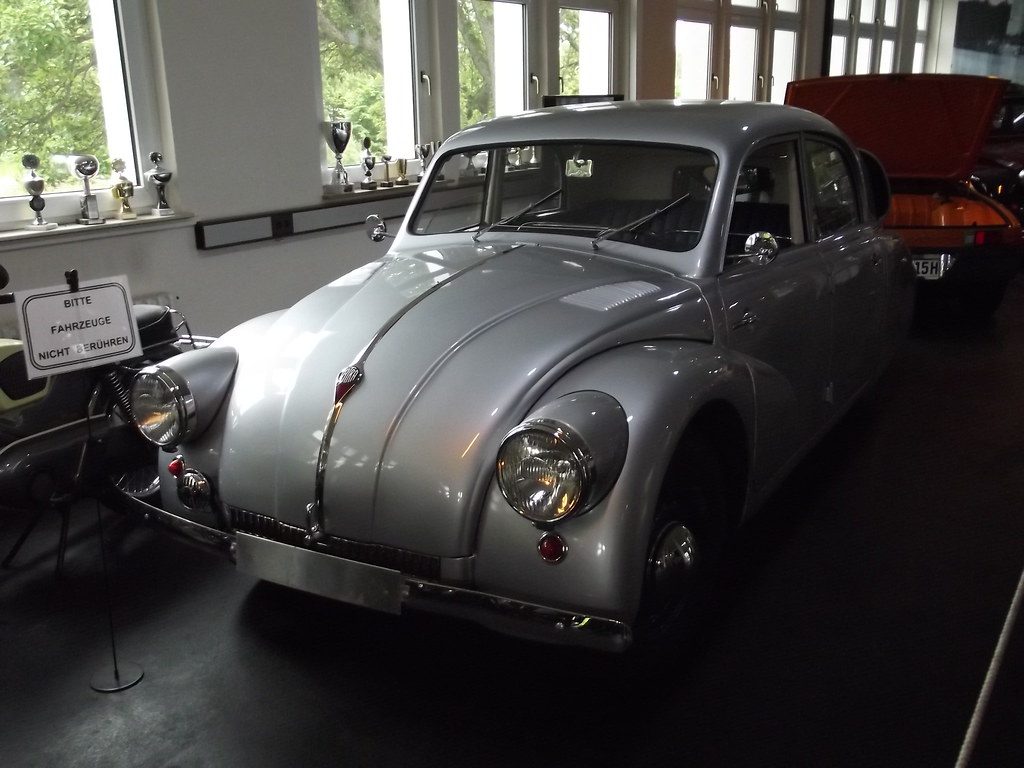 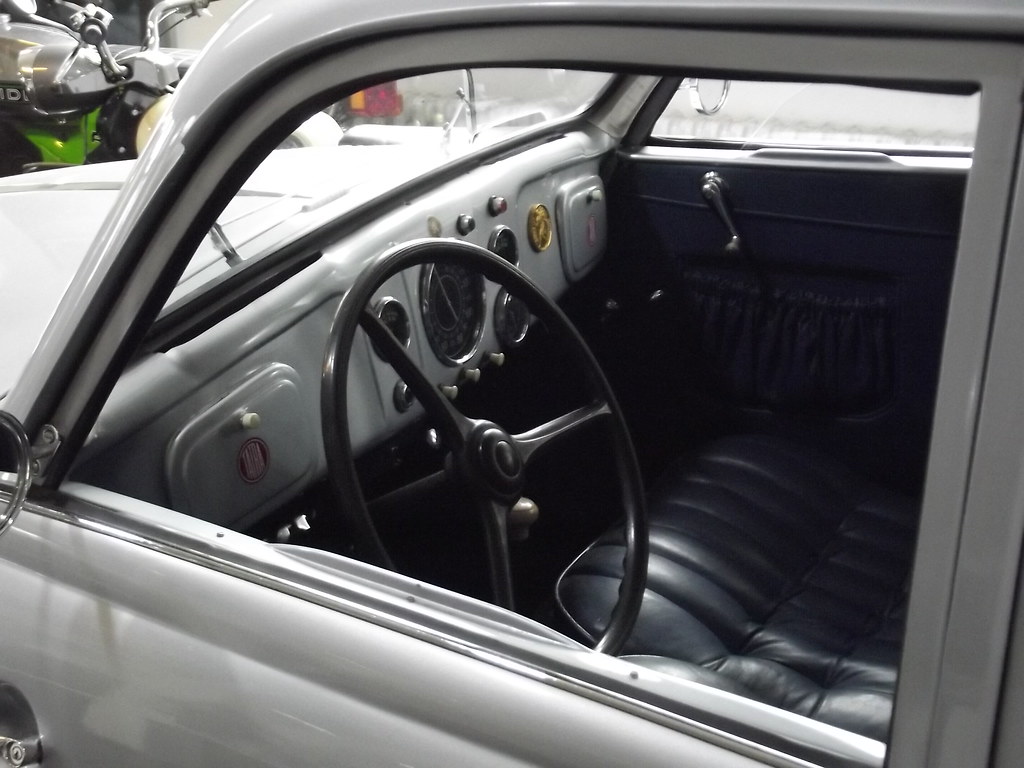 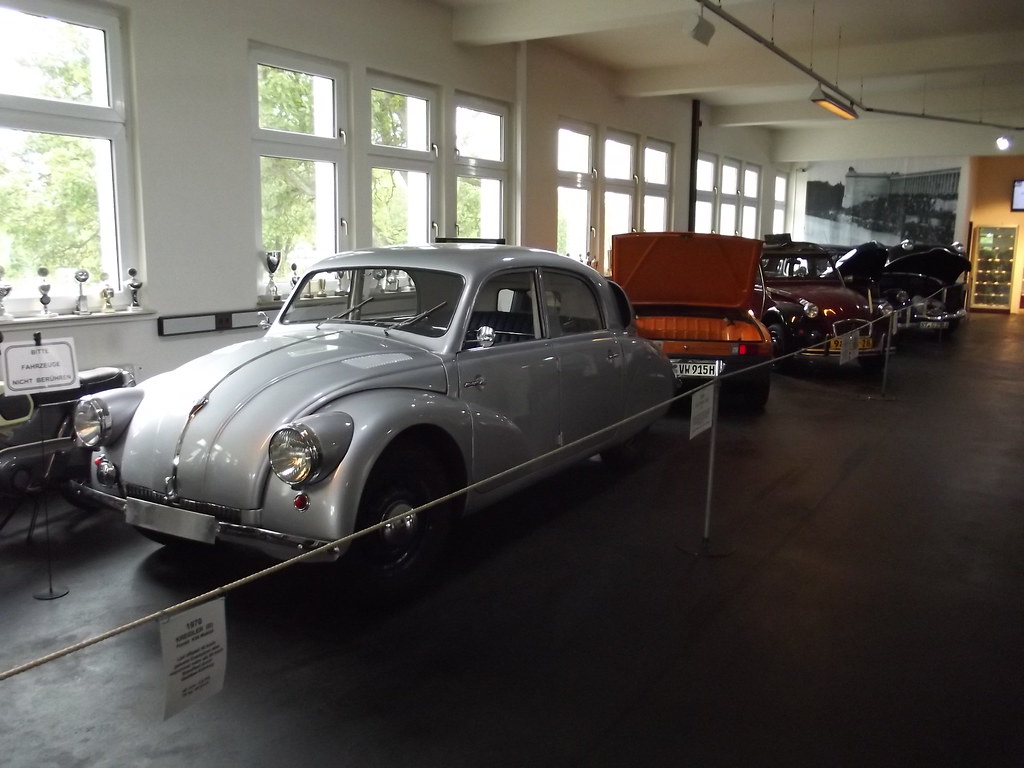 Another Tatra's innovation for the 1936 model year in addition to the unusual design was a flat four engine with double overhead camshaft for every cylinder head. Such a valvetrain became common and wide-spread only in the last decade of the XX century.

A post WW II Tatra's junior model, Tatraplan 600. It wasn't shown in the regular exhibition but I managed to find it in the museums storing garage: 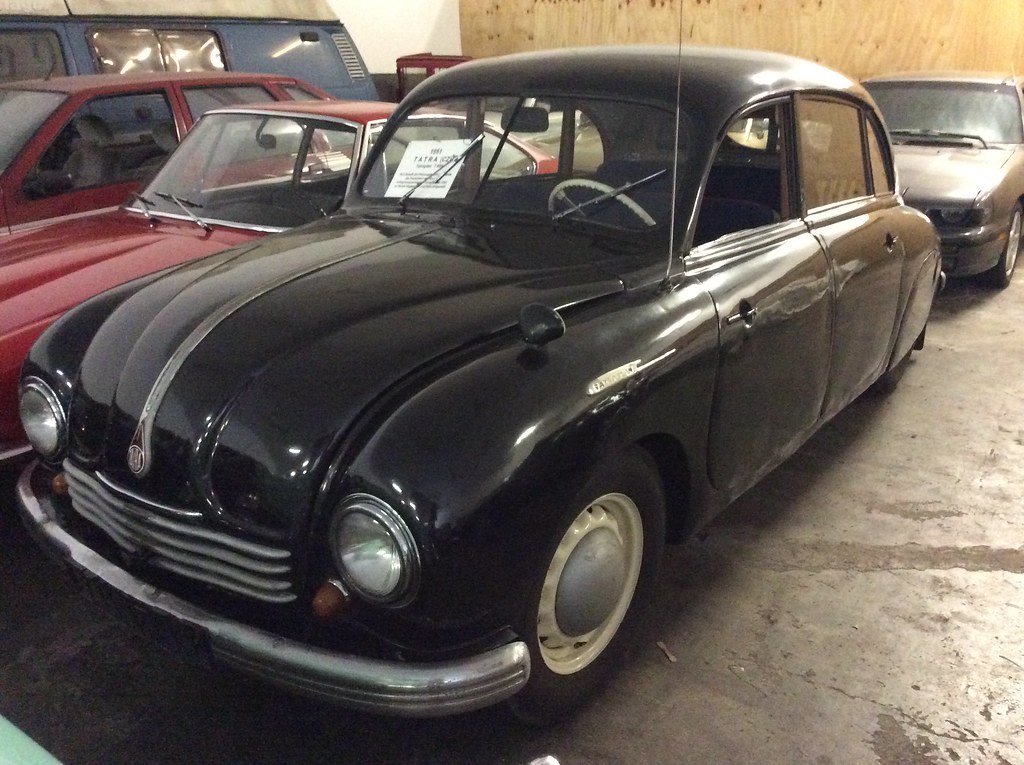 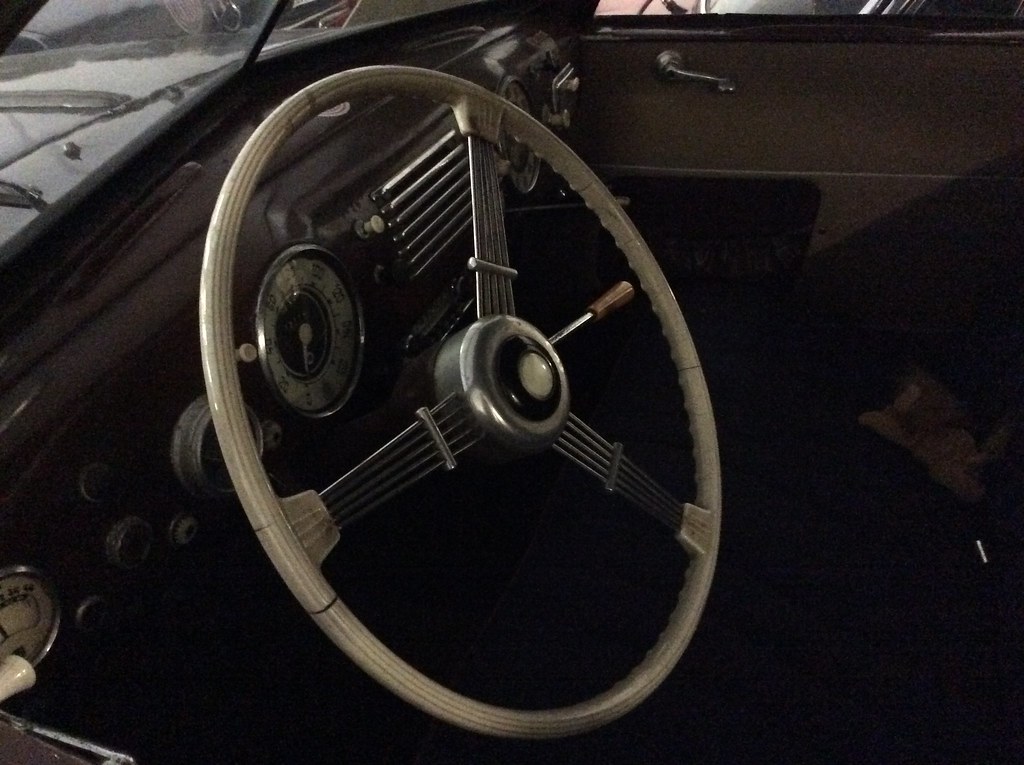 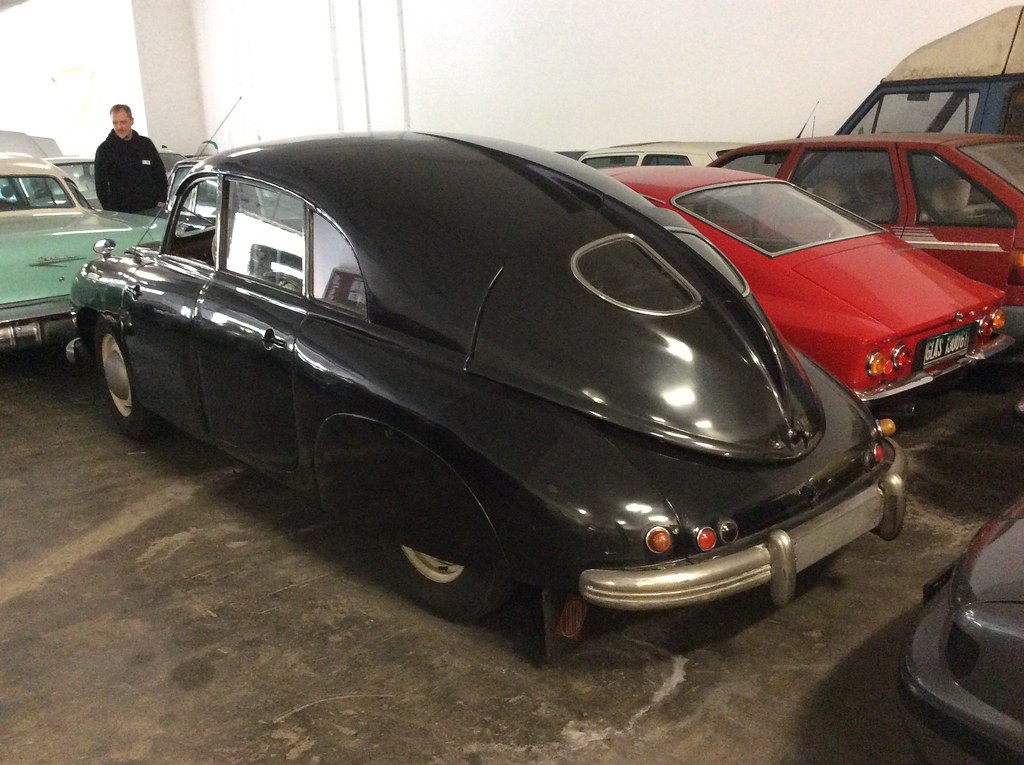 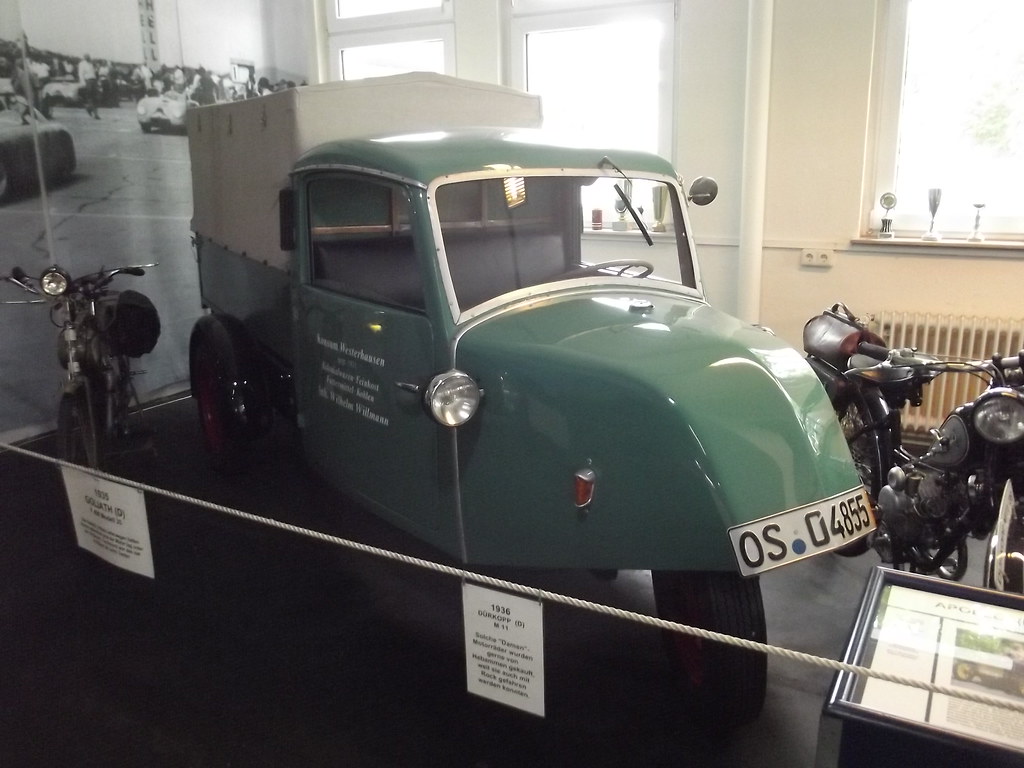 1910. Apollo. A defunct German manufacturer from the 1st quarter of the previous century: 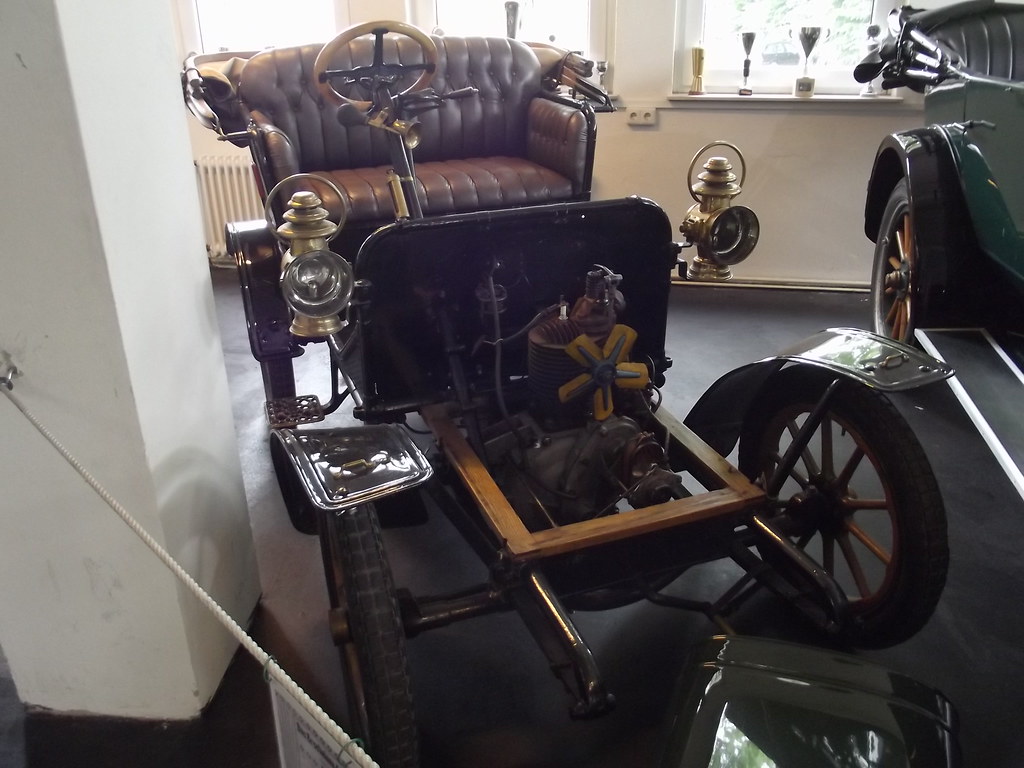 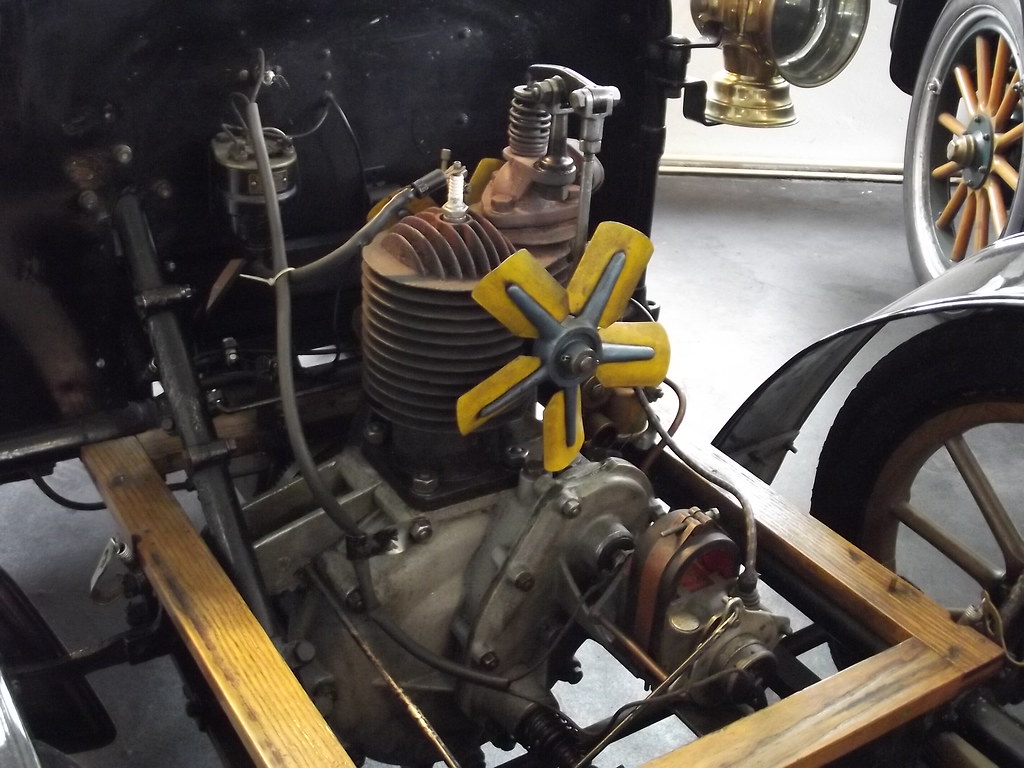 A copy of the original advertisement: 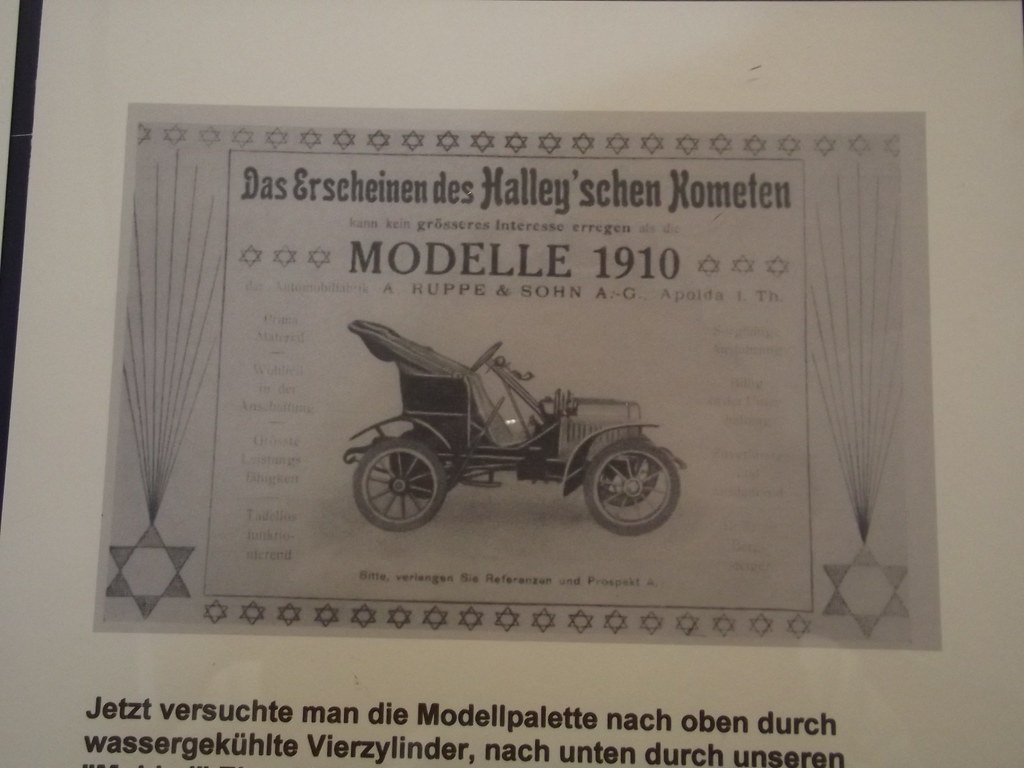 Franklin founded in 1904 in Syracuse (NY) had been producing luxury cars until the Great Depression and company's bankruptcy in 1934. The company isn't known only for motors without coolant. The first 4- and 6-cylinder engines were built by Franklin, the first OHC valvetrain was designed by Franklin, the first sedan to produce was also assembled in Franklin's car works and is is only a small part of the complete innovations list made by Franklin... 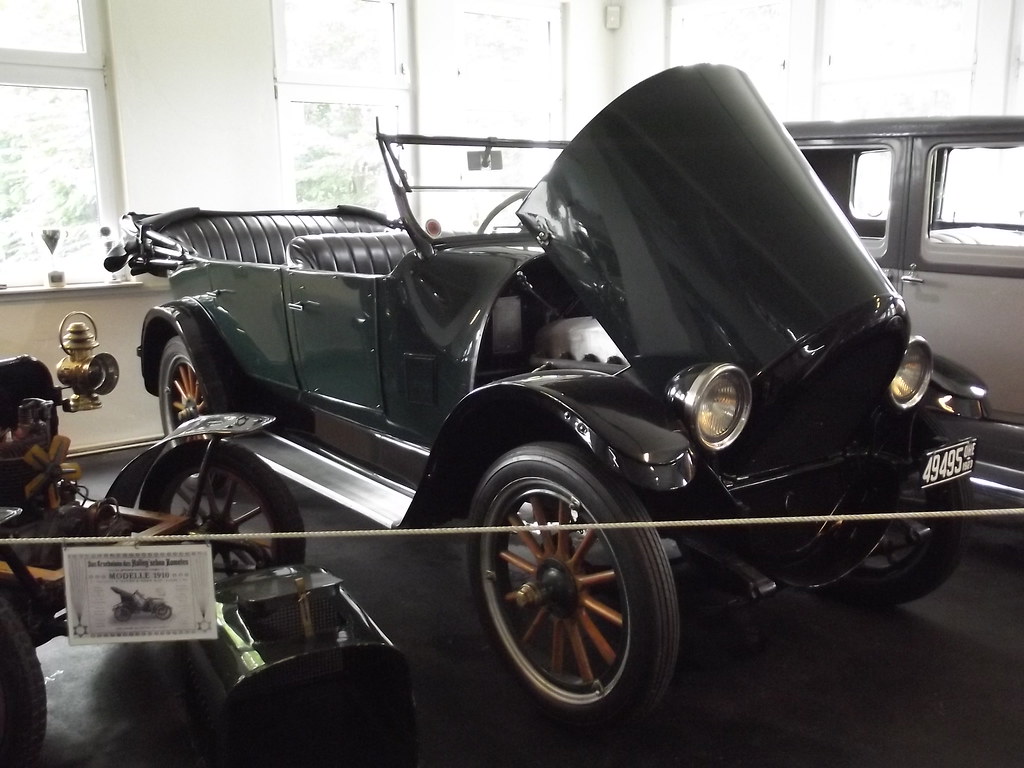 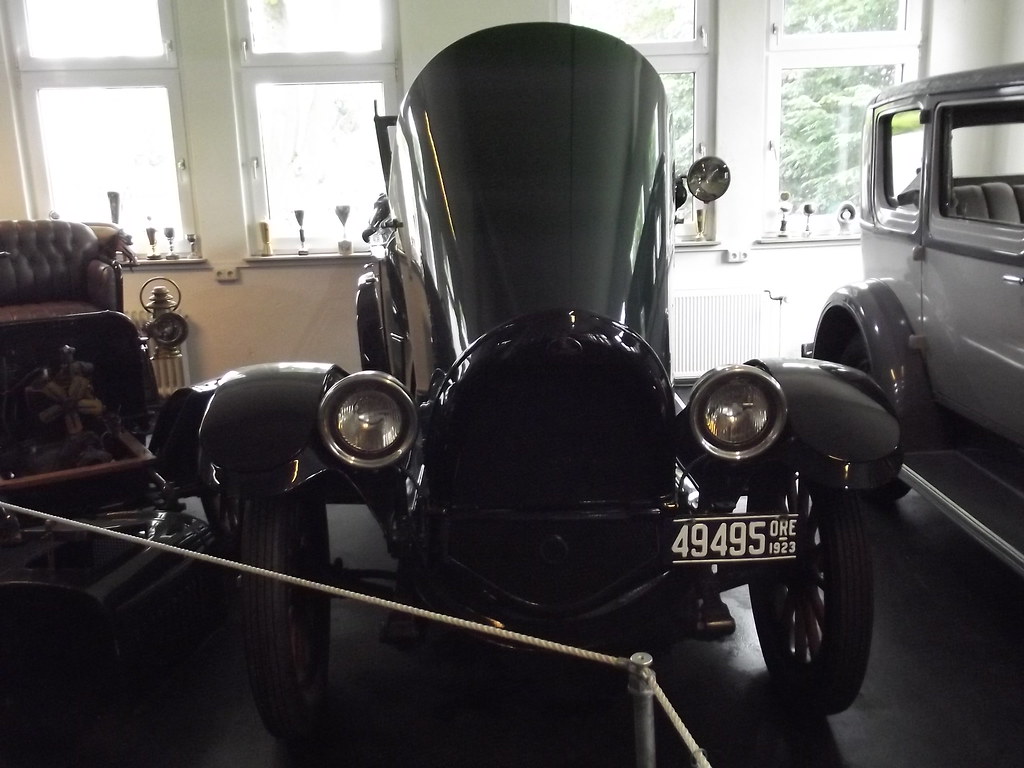 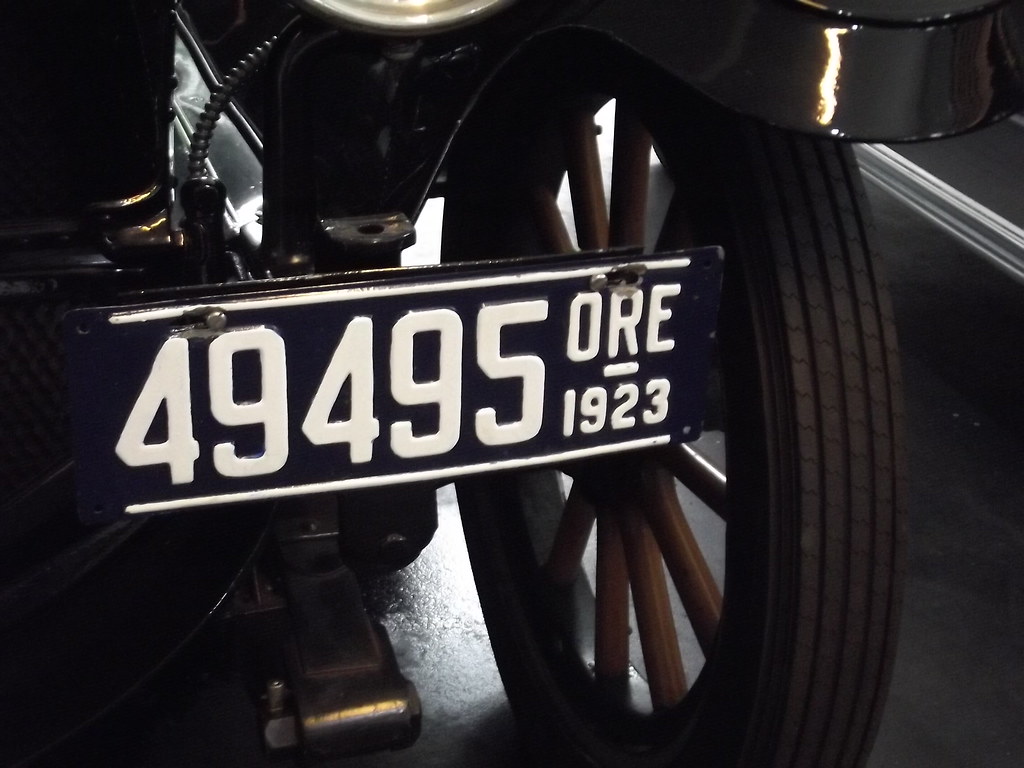 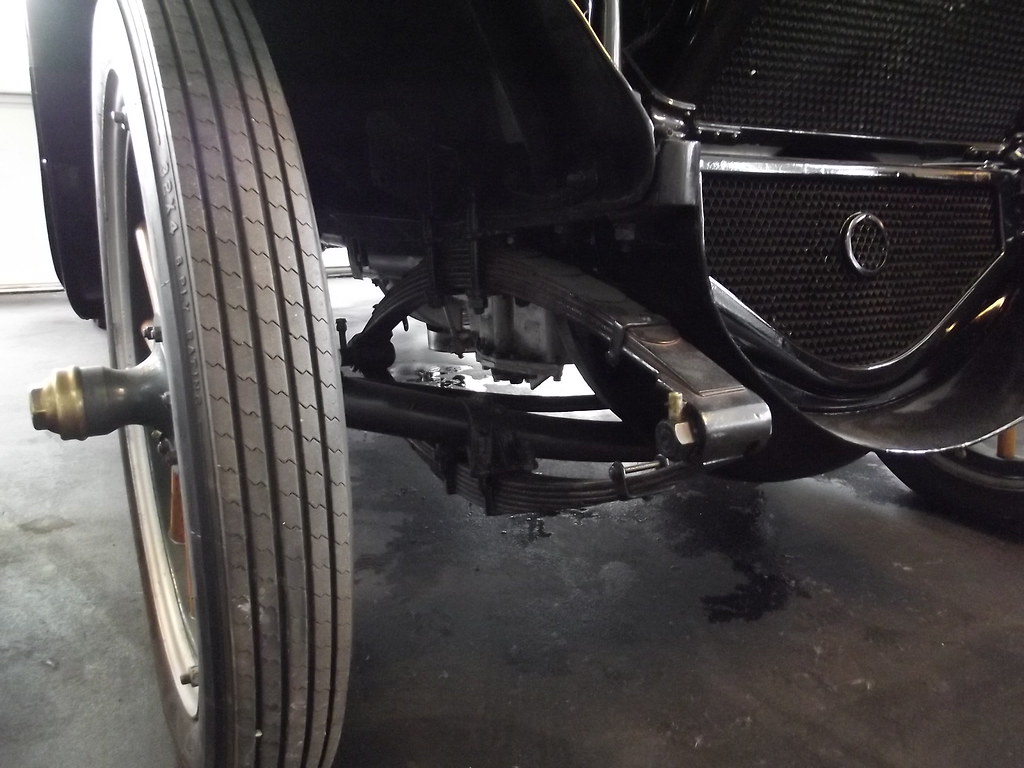 Franklin Series 14. 1930. This automobile could compete with Buick and Chrysler. 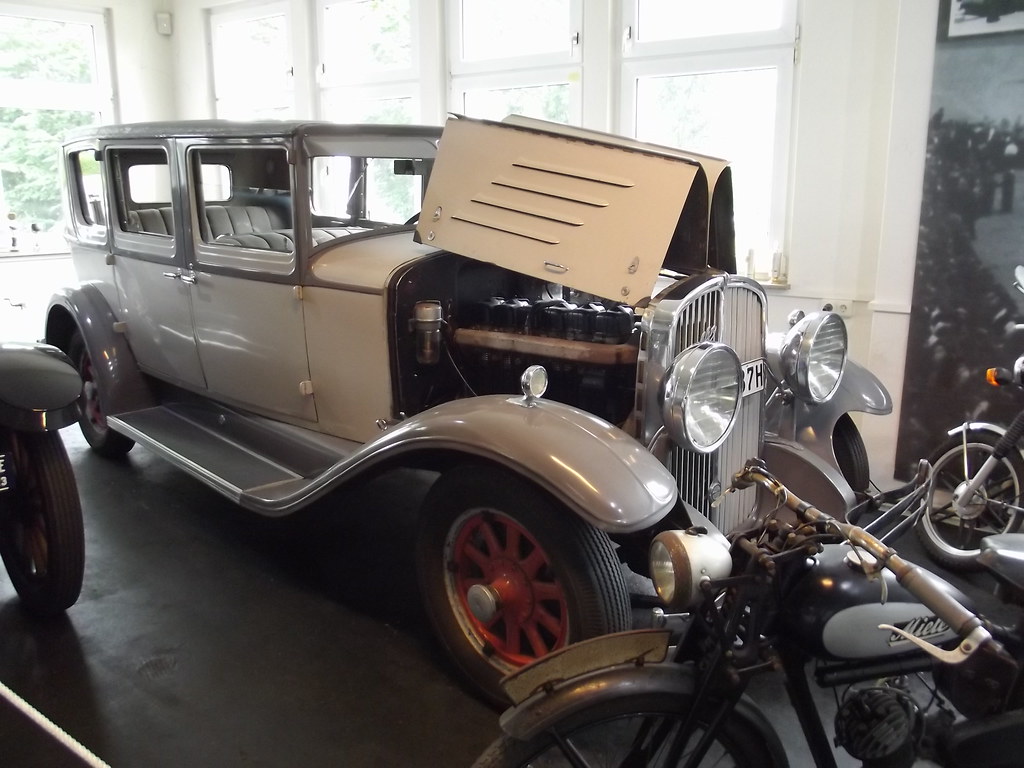 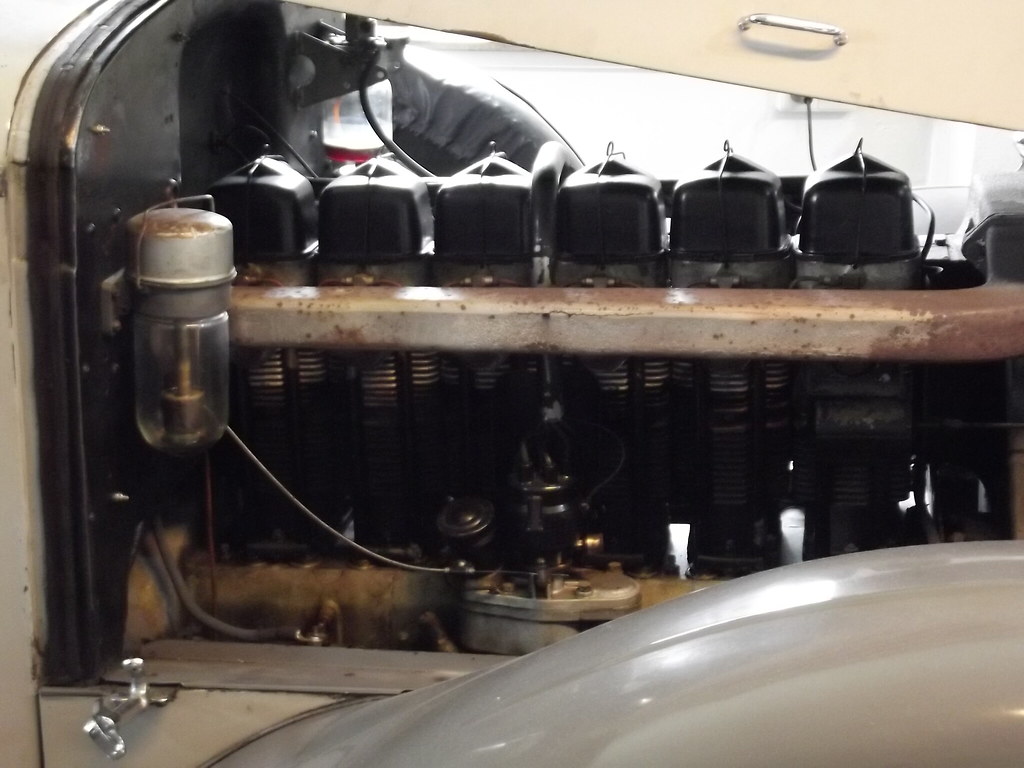 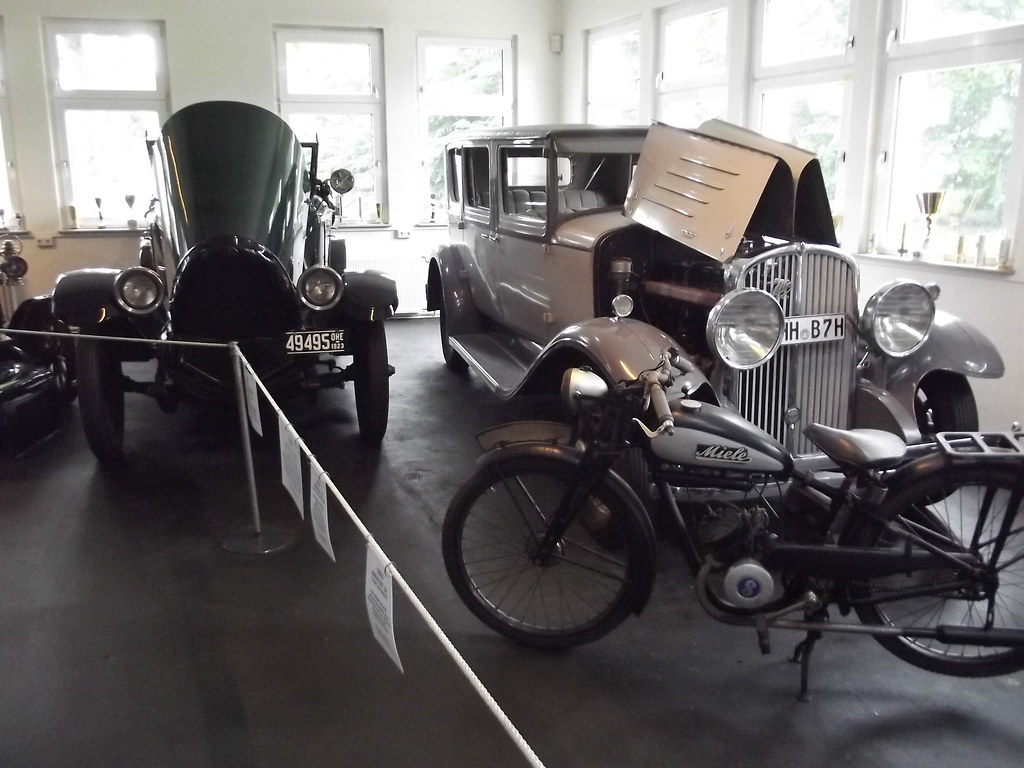